Eating out for Vegans - not always a nice choice!

Being Vegan and trying to find a place to eat out, can sometime be a task. However, living in Wales, has become easier, sine the wonderful guys at 'Eatoutveganwales' produced this wonderful guide. the guide is regularly updated, but relies heavily on information from vegans for submissions. I recently found out that a cafe-bar in the Whitchurch area of Cardiff,the Fino Lounge has a Vegan menu, alongside it's regular menu. That should have been fantastic. Indeed, recently I went there and ordered something from their vegan menu, and the food was acceptable and I was happy to have found somewhere where I can eat with my non-vegan friends, as so often I end up just having a drink, while they eat, as there's nothing vegan to be had. So imagine my disappointment, when I heard that someone who eat there found a piece of meat sausage in their 'vegan' panini, was it cross contamination, was it their idea of a joke at vegans, whatever the reason, it is not acceptable. When pointed out, first to the bar attendant, then the manager, the customer was met with a snide response. Not acceptable! Whatever happened to customer service! It could have been a simple mistake, an apology would have gone a long way in reassuring any vegan eating there, that it would not happen again, but this attitude stinks, and would lead me to believe it was done maliciously. So i will not be eating there again, I will make sure all my vegan friends know about this. Vegan issue or not, their attitude has lost them custom.
Posted by Unknown at 5:47 AM No comments:

What do vegans use to clean with? You'll be Astonished! 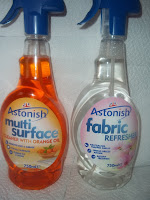 While dodging the rain this morning, we popped into Buyology. It's the first time I've been there, but I dare say it won't be the last. Plenty of 'tat' for sale, but look carefully and there are some good bargains and some vegan products. I found a whole range of Astonish cleaning porducts, which are labelled as suitable for vegans. Their website states: "All Astonish products are suitable for vegans", and their Ethical and Envioronmental information is impressive. AND very reasonably priced, most products being 99p. At least that's what the orange cleaner was and the fabric freshener at Buyology. 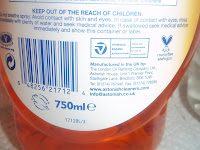 I've tried the orange cleaner, and it smells of sweet orange, quite like mandarin, or maybe orange sweets, which is a lot sweeter than natural orange oil on it's own, but is a pleasant enough smell. It cleans like you would expect, which is good, my only negative point is that it doesn't come with a person to do the cleaning for me (joke!). I haven't tried the fabric freshener yet, put I did squirt a tiny bit to see what it smelled like, (or should that be to smell what it smelled like!) and it smelled, to me, very much like Fabreze type products, which is exactly what I've been looking for, only in a vegan formula. I'm very happy with my finds, and I'll certainly be back there again. 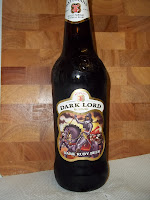 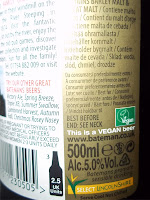 If you like a dark beer, this one hits the spot. It's very dark, and delicious. Smooth, dark satisfying. Batemans has done it again with this superb, rich bitter-sweet ale.
VEGANS be warned: Batemans Beers may carry the 'vegan logo' which is very commendable, but the description of their Dark Lord Ale is not nice :  "ideal accompaniment to........" (I'd rather not quote it!)
Available from a number of Supermarkets, for your convenience:

Batemans bottled beers are available to purchase from High Street retailers and supermarkets across the UK. For more detailed information about the range stocked, please contact your local outlet.

* Please note: Although we deliver to main warehouses we can not guarantee the beer will be in your local store therefore we urge you to telephone your chosen supermarket before making a special journey. Please note you can order from our online shop at anytime!

Posted by Unknown at 9:08 AM No comments: 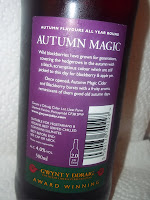 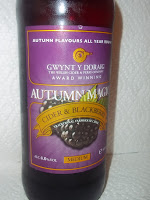 How about his for a sweet sounding cider - Cider and Blackberry. It tastes as good as it sounds. Serve chilled. I love finding new things that are labelled vegan, takes the hassle out of having to look at ingredients or check with company. So imagine my delight when I found this delicious new cider, at my local Sainsbury's store. Made by Gwynt y Ddraig - try saying that after a few ciders (if you don't speak Welsh). Their website states their cider is available at Supermarkets such as Tesco, Asda, Waitrose and Sainsbury's, for convenience. Also sold at certain pubs, including Brain's pubs, which is fab, since none of Brains beers are vegan suitable. The company is located in Pontypridd, Wales, and is soon having it's Open Weekend on 4th and 5th August, so lets hope the sun stays shining. A fun refreshing drink, on a long hot day - fabulous.
Posted by Unknown at 12:09 PM No comments:

'Music and Dance' by veganessa

On a summer eve

Posted by Unknown at 4:01 AM No comments:

Summer time and the flies are flying........ or how to deter flies from coming into the house. 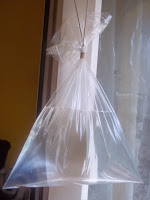 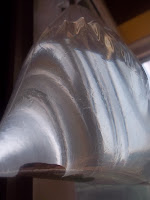 This time of year, flies are in abundance, and I don't know about you, but I detest them! I always think of them walking on sh*t then on food or kitchen surfaces, enough to turn me off food (if only!!!!!). Now being vegan, I don't want to kill them, I just want them to leave me alone - go elsewhere. I searched the Internet for natural deterrents and this one appealed to me: Hang a clear plastic bag, half filled with water and including several pennies over an open door. I had to search around for pennies. Never a penny handy when you need one. I asked my partner if any other coins would do, and was told, no the advice says pennies, so pennies it must be (not convinced about that though!). After trying a few ways of hanging the bag over the door, having to get a step ladder out each time, as the top of the door was just out of my reach, I though to put the bag attached to string, onto a coat hanger, and place it central, on the open door. And guess what - it works! Honestly! In the last few days since I've been doing this, I've hardly had any flies in the house, just the very odd stray. Amazing - it works! Apparently, the 'theory' goes, that flies see it as a potential predator nest, so won't go near it - whatever! It works. So in return for a little hassle, I have a fly free house, YAY! Go ahead, try it, I was skeptical before I tried it, but I'm glad I did.

Posted by Unknown at 9:29 AM No comments:

A very sweet treat for vegans. 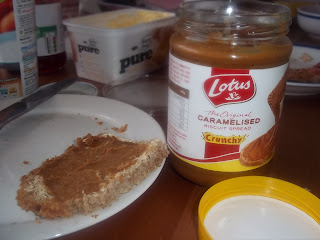 Many vegans may already have tried Lotus caramelised biscuits. They are a sweet, biscuit, that is just right for dunking in tea. A bit too sweet for my taste, but when in need of a biscuit, vegans don't always have a lot of choice. Imagine my surprise when I found this Lotus caramelised biscuit spread. I'd heard about it, but never actually seem it (was it an urban myth?). There it was, in Waitrose, in both crunchy and smooth varieties.
I bought the crunchy jar, and as soon as I got home, had to try it. And guess what - it tastes exactly like the biscuits. Well why wouldn't it! Weird very Weird! It tasted like I had ground up the biscuits and mixed it with vegan spread (margarine), which is I guess along the lines of what it is. Sweet very sweet. Extremely sweet! Wondering if i should try the smooth one next, just for the curiosity value.
AND it has it's own facebook page!!!!!!!!!!!!!! All you sweet vegan junkies (or should that be vegan sweet junkies!), check it out! It says Vegan on the label!

I recently completely ran out of washing up liquid, as I hadn't got around to buying some more. Although I prefer to use an eco variety, it occurred to me that as it was the evening, all the health food shops would be closed, and I had no idea which washing up liquids in any supermarket are suitable for vegans. I emailed Sainbury's, who phoned me a few days later to ask about my query. I explained it to them, and this was their email reply:

"We are always happy to answer customer’s questions about the products we sell and so contacted our buying team regarding this.  They have stated Sainsbury's Washing Up Liquid Apple 450ml, Sainsbury's Original Washing Up Liquid 500ml and Basics Washing Up Liquid500ml are all suitable for vegans.I hope this information is helpful to you and if we can assist with any other queries, please don’t hesitate in contacting us again.  We appreciate you taking the time to get in touch with us and look forward to seeing you in store soon."

Good to know that in an emergency, I can pop to my local supermarket and get some vegan suitable washing up liquid! Good Customer Service from Sainsbury's too.

Veganessa on Etsy - Bags and Accessories - All Vegan Suitable

Widgets for Etsy Sellers
Powered By 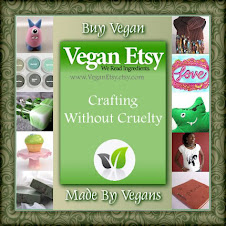 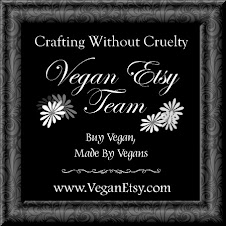 Peace to all Creatures 'zine 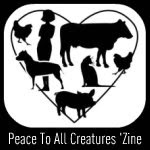